How to Use Digital Marketing to Grow Your Sales and Revenues

How to Use Digital Marketing to Grow Your Sales and Revenues

Are you interested in learning more about digital marketing? If so, then you’ll want to read a new book on the subject called Targeted: How Technology is Revolutionizing Advertising and the Way Companies Reach Consumer by Mike Smith and published by AMACOM.

I’ve been in the digital marketing and advertising business business for several decades. One of the things that has kept me interested is that the industry is in a constant state of flux and change. Sometimes, those changes can be very good news for businesses because if they jump on a new technology or technique, they can differentiate themselves from their competitors.

But other times, it can be difficult to stay up-to-date on all the changes and new technologies that are being introduced.

That’s Why Targeted is Such a Valuable Resource

Mike Smith has done a terrific job of laying out the world of digital marketing in consumable and digestible chunks. Each concept is laid out carefully with just the right amount of detail so that you’re not overwhelmed and are always asking for more. Targeted, by Mike Smith, is a must read for anyone interested in digital marketing.

Publishers: If you have followed the news even casually over the last few years, it’s likely that you came across a story about publishing in crisis. (In fact, you probably saw that story on a screen instead of reading it on paper.) While rumors of newspapers’ last gasps have been greatly exaggerated, no one in any part of the media food chain would deny the industry upheaval that is reshaping the publishing world.

For our purposes, a publisher is any content provider whose business model is providing information that is paid for by advertising. This includes portals like AOL, MSN, and Yahoo!; traditional news and special interest outlets such as nytimes.com, cnn.com, and esquire.com; search engines such as Google and Bing; and social media sites like Facebook and LinkedIn. These publishers may be “platform agnostic.” That is, they may deliver content by means of more than one medium. So, for example, Hearst provides Esquire’s content both in print and online.

Ad Networks: Now we’re getting into the heavily trafficked part of the toll road, where the most transactions take place. As Internet use expanded, most ad agencies did not have adequate media-buying resources to select and purchase ad spaces (impressions) across the multitude of websites suddenly sprouting up. Ad networks arose to meet this need for selective and efficient ad space allocation for presenting what are called display ads, which look like little billboards. They bought ad space in bulk from publishers, often at prices far below the full retail prices publishers asked for. Often, the impressions they bought were those the publishers were unable to sell – or unable to sell for good prices (known as remnant inventory). Then the ad networks resold their aggregate inventory across the Internet to advertisers and their ad agencies. (See Chapter 5 for a more detailed account of this moment in interactive advertising history.)

Some of the noteworthy ad networks are AOL’s Advertising.com, the Yahoo! Network, DoubleClick, Microsoft Media Network, and 24/7 Real Media. DoubleClick (which now operates a major online ad exchange) is owned by Google, providing the search giant with a perch at many locations long the toll road – as publisher, exchange, network, and advertiser. Smaller ad networks, such as Blogads, Deck Network, and Federated Media, help advertisers reach more specialized, niche audiences on sites that have limited ad inventory. By using these smaller networks, advertisers gain the benefit of knowing they are reaching a desirable, very selective segment of consumers.

Ad Exchanges: The primary function of an exchange is to aggregate ad space (supply) from publishers and sell it via an auction, thereby matching the supply with the demand (the advertisers), theoretically with greater efficiency than if publishers and advertisers interacted one-to-one. Publishers might divide their inventory among, and advertisers may buy impressions from, multiple ad networks, operating as intermediaries. In contrast to all that dividing and allocating, the premise of an ad exchange, as with a stock exchange, is the consolidation of inventory so that these inventory-clearly, ad-serving transactions can take place with greater transparency and scale and at prices that work best for buyers and sellers.

This category of the toll landscape has seen a big consolidation over the past several years. The most prominent ad exchanges have been acquired by major online media conglomerates. Right Media was acquired by Yahoo! in April 2007 for $680 million. DoubleClick was purchased by Google in May 2007 for $3.1 billion. Microsoft bought ad exchange AdECN in August 2007 for an undisclosed amount.

Demand-Side Platforms: As the road between publishers and advertisers became more crowded with intermediaries, advertisers and their ad agencies began looking for help navigating the increasingly complex terrain. So-called demand-side platforms (DSPs) were formed to work for and consult with the buyers of online advertising. They offered expert services helping advertisers select potential audience members across ad networks and exchanges by, for example, helping them pick the right media and/or actually buying the media on behalf of their clients, promising advertisers that they could greatly improve their ability to target and buy specific audiences. By aggregating demand by means of DSPs, ad agencies and media buyers can better manage their campaigns across a range of sites. DSPs such as MediaMath, DataXu, and Turn Inc. help improve the selectiveness of those who buy ad space.

Supply-Side Platforms: These are companies that work with and consult for publishers, the sellers. Their role is to help publishers make the most money in selling their media; that’s why they are sometimes called yield optimization companies.

Since mass-media advertising began, brands have sought assurance that their ads were being heard or seen by the right prospective customers at the right time. Yet, as we saw earlier, the fragmentation of Internet audiences, the vagaries of viewers’ attention, and their flitting among sites have raised doubts about the ability of publishers or ad networks to deliver the right target at the right time. Supply-side platforms (SSPs) rose to the challenge with technologies that demonstrated to advertisers that they were reaching those they wanted to target. SSPs work on behalf of publishers to help them sell more impressions and/or sell them at higher prices. Prominent players in the field include Admeld (now owned by Google), PubMatic, and the Rubicon Project. Publishers often enlist their help when they want to maximize their revenues by selling remnant ad inventory.

Data Aggregators/Suppliers: The growing use of the Internet has created a deluge of digital information about you: the identity and address of your computer, the make and model of your car, the online and off-line destinations you visit, and myriad other facts about your preferences. Given the increased splintering of online audiences, behavioral data about who is doing what and when grows more valuable.

BlueKai, eXelate, Nielsen, Intelius, and Spokeo are some of the companies currently providing or mediating the exchange of data. Such data gathering is controversial because it arouses concerns that it infringes on our privacy. The increasing amassing of data files about individuals is met with suspicion, especially by consumer advocates, who view such data gathering as if it were a video camera keeping us all under surveillance. Nevertheless, it’s likely that the growing volume of Internet traffic will only add to the amassing of data, especially as content is served in new ways by new networked devices (for example, tablet computers such as the iPad).

If you’re in digital marketing — even if you’re only on the periphery — this is a must-read book. It’s perfect for anyone interested in learning more about the digital marketing landscape and how you can use it to grow your sales and revenues.

Excerpt from Targeted by Mike Smith provided by AMACOM Books. ©2015

Connect with Us Now 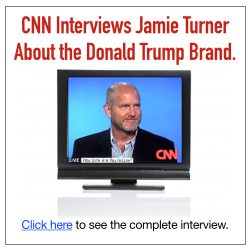 Listen to Our Podcast

Join Thousands in Our Community and Get Access to Our Resource Library Now!